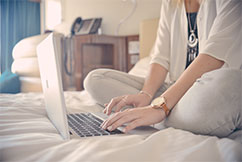 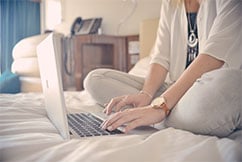 We all need inspiration. Being a human resources professional often means that you are the one giving the pep talks and rallying project teams to their best performance. Take this moment to recharge and draw inspiration from these quotes from leading HR professionals and thought leaders.

“I am convinced that nothing we do is more important than hiring and developing people. At the end of the day you bet on people, not on strategies.” Lawrence Bossidy, GE

“I believe In the adage: hire people smarter than you and get out of their way” Howard Schultze, CEO, Starbucks

"We need to accept that we won't always make the right decisions, that we'll screw up royally sometimes - understanding that failure is not the opposite of success, it's part of success." Arianna Huffington, Founder, The Huffington Post

"My model for business is The Beatles. They were four guys who kept each other's kind of negative tendencies in check. They balanced each other, and the total was greater than the sum of the parts. That's how I see business: Great things in business are never done by one person, they're done by a team of people." Steve Jobs, CEO, Apple

"Everyone needs a coach. It doesn't matter whether you're a basketball player, a tennis player, a gymnast, or a bridge player." Bill Gates, Founder, Microsoft

“Through the right people focusing on the right things, we can, in time, get on top of a lot if not most of the problems of this world. And that's what a number of us are trying to do.” Richard Branson, Founder, The Virgin Group

"I have a theory that burnout is about resentment. And you beat it by knowing what it is you're giving up that makes you resentful." Marissa Mayer, President & CEO, Yahoo

“You can have the best strategy and the best building in the world, but if you don’t have the hearts and minds of the people who work with you, none of it comes to life.” Renee West, President/COO, Luxor and Excalibur Hotel

The modern Human Resource leader understands that their role is shifting, and with it, the...
Read more >

An HR thought leader guides you through the considerations that must be made in order to take an...
Read more >